Love this place it's actually changed my life and given me a boost. I've been shortlisted for a lot of jobs. I've had a couple of jobs and I am a finalist in Miss UK TMOW it's amazing. Casting...

After deciding to take a break from acting a few years ago I got the bug for it again. I registered with Casting now 4 weeks ago and have already starred in 2 short films. Both... 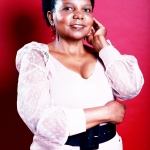 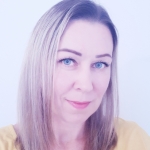 Live Reality Box Show Castingcall... your home is your stage, your life your reality show!

Do you want to gain notoriety, followers and earn money? Join as a single, as a couple or with your family Put your face on it! we give you the tools! ...

Singers, Would You Love to be Transformed into a Huge Music Icon?

ARE YOU A TALENTED SINGER? WOULD YOU LOVE TO BE TRANSFORMED INTO A HUGE MUSIC ICON? We’re looking for ALL TYPES OF SINGERS to have a SUPERSTAR MAKEOVER and PERFORM AS THEIR IDOL on a massive...


£Those that are selected will b

CALLING EVERYONE ACROSS THE COUNTRY: WE WANT YOU TO SHOW US HOW YOU GET MOVING We’re looking for VIDEOS and PHOTOS of the most enjoyable, funniest, and ingenious ways that everyone across the...

Dating from a Distance - Singletons needed for virtual dating show!

Looking for singletons to take part in a virtual dating show! Anyone who is still searching for love despite being in lock-down! For more info email:...

We are making a high profile advert for a well known brand and require 3 individuals who can talk about their joint pain and what it's stopping them doing in life that they usually enjoy - e.g....

In a relationship? Time to meet the family? Fancy being treated to a high-end dining experience? BBC Studios are looking for couples & families (18+) that haven’t been introduced to...

In England, 13 people take their lives every day: with men particularly at risk. In London around two men die by suicide each month, with many more people making suicide attempts. Difficult economic...

Do you have a house to clear? Would you like to be part of an exciting new TV series?

Do you have a house to clear? Would you like to be part of an exciting new TV series? Get in touch to hear more! STV Productions want you to take part in a new heart-warming TV series fronted by...

We are looking for a confident stilt walker to join our team of performers. Hours from 3 to 6 hr per day. Will be stilt walking in different environments. Professional costumes will be provided. Must...

It's well known that acting is a notoriously tough profession to break into. Getting a casting agent or invitations to acting auditions can seem impossible. It's so hard to know where there may be actors wanted, or even who's casting extras.

You also have to keep a wary eye out for people who claim to be a casting agent, saying they can offer acting work, know where there are actors wanted or purport to be casting extras. Some of these people are really only after your money.

Now, however, help is at hand from Casting Now, a website which tells people where there are actors wanted and open acting auditions. Thanks to us, you could be put in touch with a casting agent or someone who is casting extras for a particular project.

We know the entertainment business inside out. People who work for us have either worked as a casting agent, been involved in casting extras or done casting for other kinds of acting work.

You are welcome to join no matter how much (or how little) acting work you have done before. Equally, we find there are actors wanted for all kinds of jobs, and people casting extras offer acting work and acting auditions to people of all shapes, sizes and ages, so appearances are unimportant.

Of course, in such a competitive industry, if we made cast-iron promises of acting work, or even acting auditions, we'd be doing you a disservice. But Casting Now boosts your chances immeasurably. People only offer acting work through us where there are genuinely actors wanted, so you'll avoid the scams. You pay a modest monthly membership fee, but no commission on any work you subsequently land through our site.

You'll hear about opportunities like acting auditions, and see posts from those casting extras that you just wouldn't have heard about otherwise, even with a casting agent of your own.

Where there are actors wanted, those hiring them can either read our online profiles of those seeking acting work, and contact the ones they like, or advertise that they are holding acting auditions, casting extras or offering any other kind of acting work.

So, if you are looking for acting work, you may be contacted by a casting agent direct, and invited to attend acting auditions and read for a part. Or you can reply to the 'Actors Wanted' ads yourself, and then the agents who are casting extras or other roles will come back to you if they like your profile.

Check out Casting Now and see what we offer. You may find that, with a little help from us, all the world really could be a stage.

For those looking for talent (our Casting Director membership) your free membership means you are able to add a casting to the site, or to search our Talent Directory and contact members directly. We have designed the site to make it as easy and simple for you to find your perfect talent. If you wish to add a casting call you can choose how you'd like to receive applications; options include a link to your website, a phone number, an email address you can set up to auto-respond to members with an application form, or our own Application Management System where you can choose how you'd like to receive applications - individual emails, a daily summary of applicants, or no contact (you login to receive the details ensuring you don't get inundated with emails!) You can also accept, shortlist, and reject applicants with just the click of a button, making it easy for you to manage your applicants plus our members receive an email explaining the status of their application - meaning they're updated without you having to write individual emails!

For our Talent members your free membership includes creating your own profile page with your details, experience, interests, skills, qualification and a profile picture. You also receive your own unique url address which can be used for your own promotion elsewhere. Once you've created your profile it will appear in our directory where Casting Directors can search either by specific traits or profile name and you can be found. All free members can also receive emails of the latest castings posted on the site meaning you don't have to remember to login to check what's new. If you decide to upgrade to our subscription membership you get all these great benefits plus lots more; add more to your profile including unlimited photos, showreels, audio reels, CVs and covering letters. You also gain access to your own message centre where you can receive and reply to messages from casting directors, and receive updates to applications. Other features include being able to apply to castings, viewing your application history and status of applications.