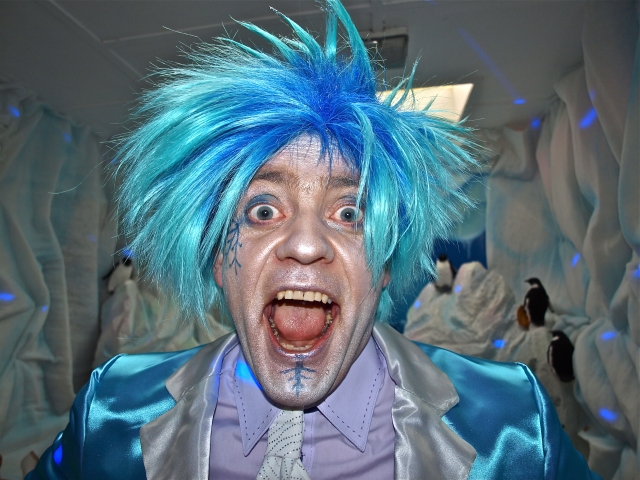 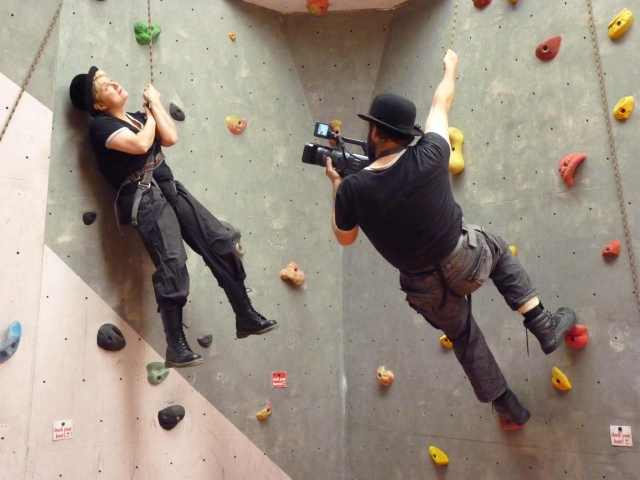 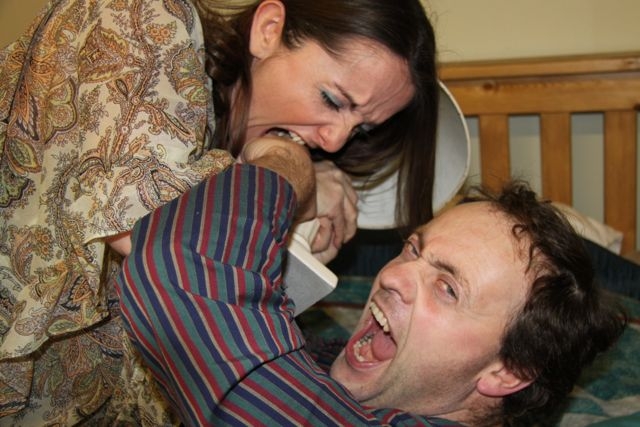 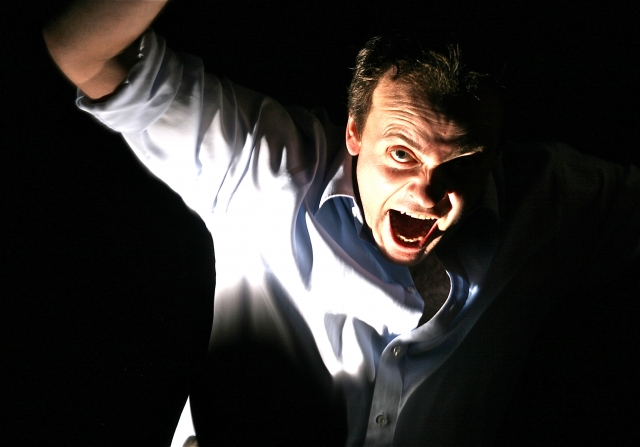 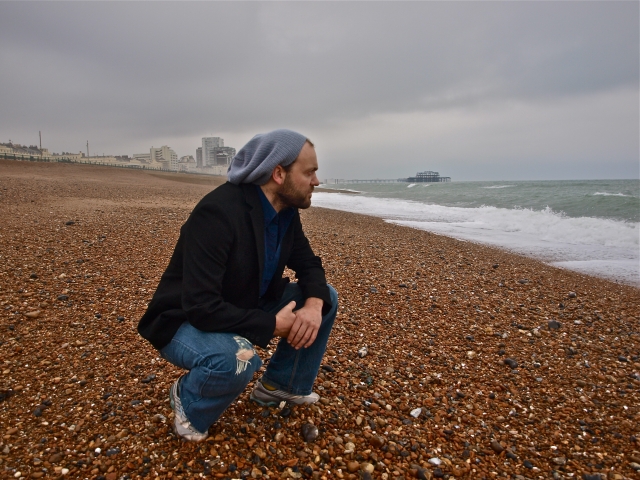 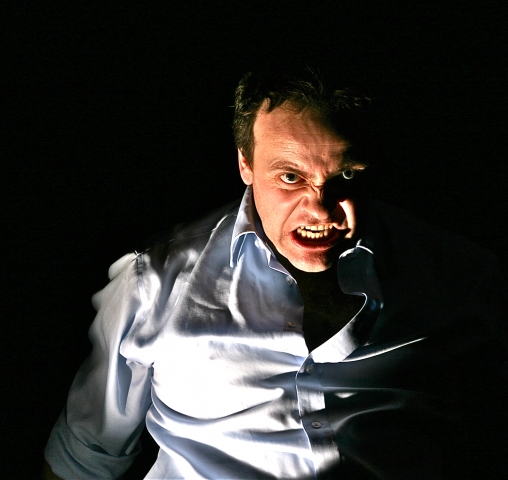 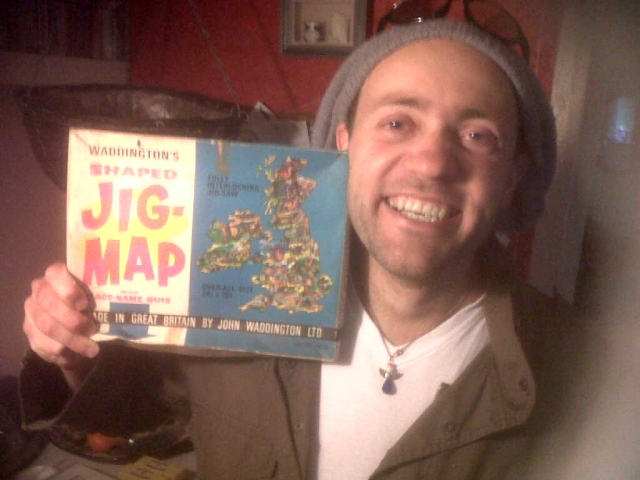 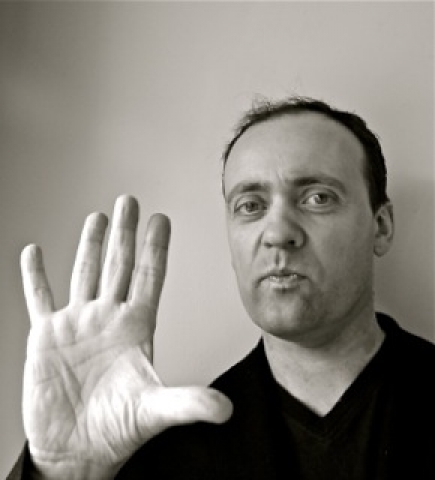 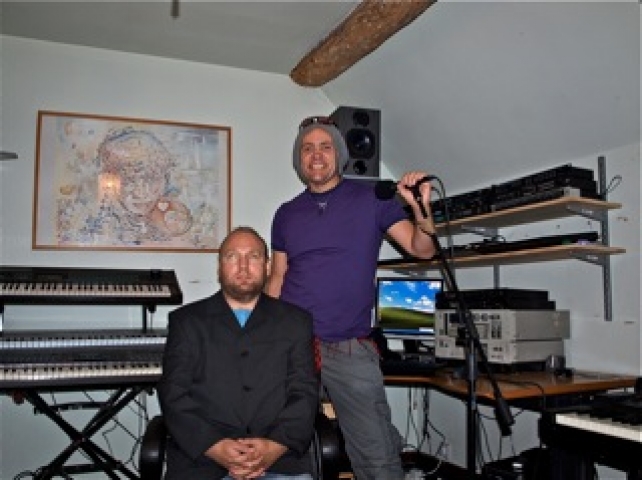 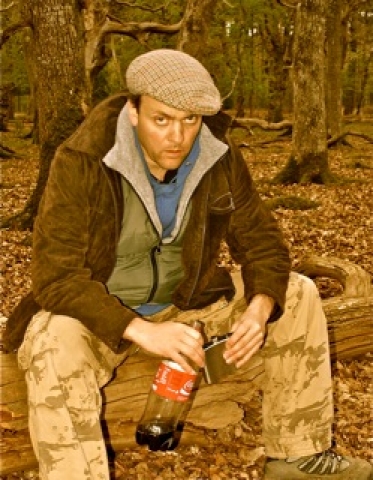 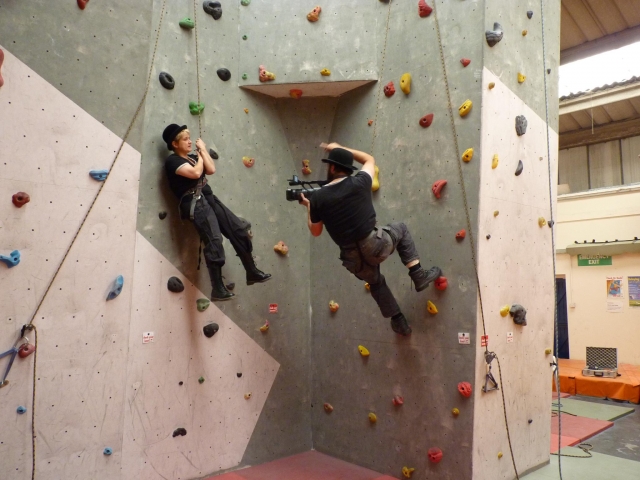 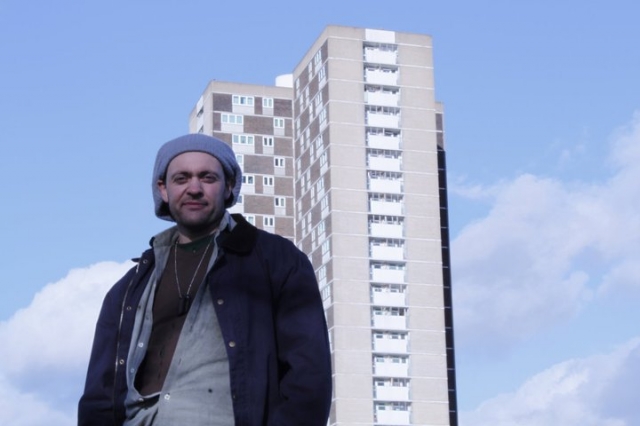 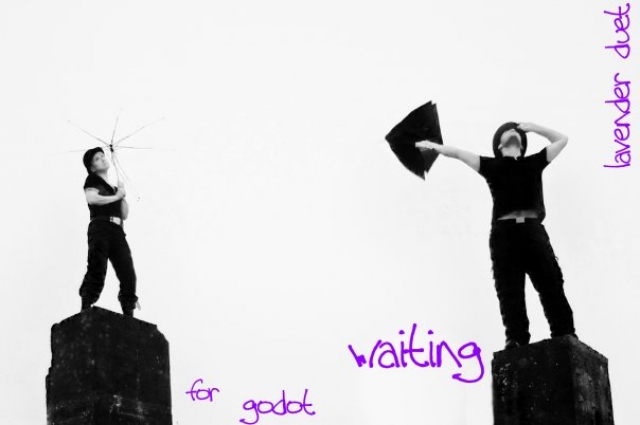 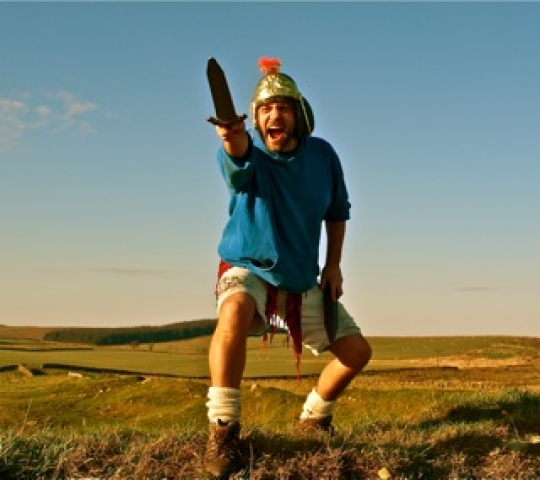 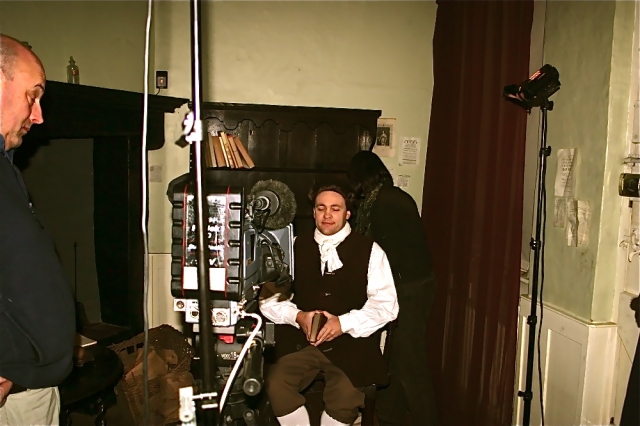 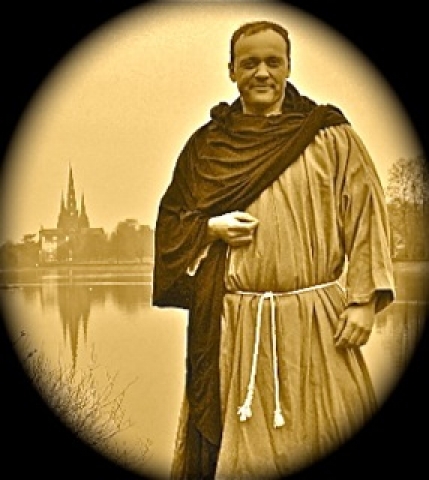 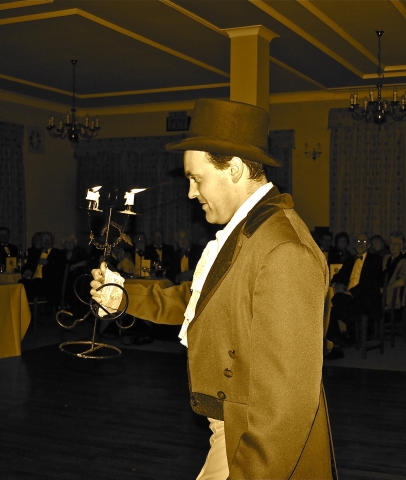 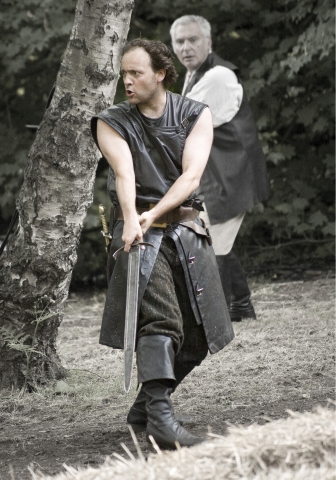 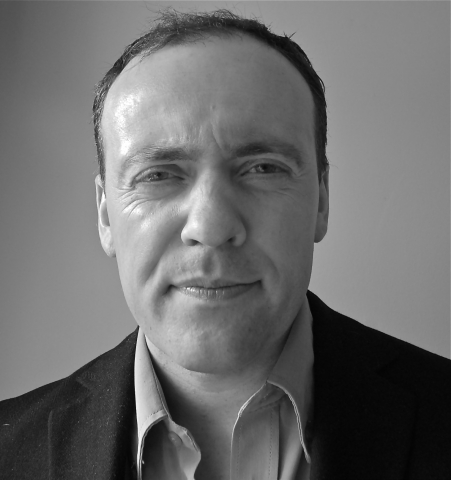 I am a confidant and articulate public speaker, teacher, actor and director having performed in plays, musicals and films since 1981. In 1994 I participated in a critically acclaimed production of ‘The Return of the Ashplant Hero’ at the National Student Drama Festival and have appeared in upwards of eighty plays in an amateur and professional capacity. These include Shakespearean Comedies, Medieval Mystery Plays and Contemporary Classics. In 2001 I gave a series of poetry and prose readings at an International Standing Conference in Organisational Symbolism (SCOS) at Trinity College Dublin. In September of 2002 I travelled to Serbia to attend a Transcultural Psychodrama Training event. 2003 saw me directing the Rhyme of the Ancient mariner for Lichfield Youth Theatre as a psychodrama. In 2004 I trained representatives from Trans-Shropshire in speaking and listening skills so that they could run a help and information line. In 2003-9 I appeared in a series of plays for Intimate Theatre performing works in historical settings in and around Lichfield. In 2007 I played Samuel Johnson in a film specially created for the Johnson Birthplace. In 2009 I acted and directed 4 shows in the Lichfield Mystery Plays. In 2011 I set up my own company Spiritual Pathways Ltd working as an actor, teacher, writer, director and film-maker with a diverse range of youth groups. I also acted in a series of short films and participated in Extras work for film and television.

Soliloquey From The Tempest - William Shakespeare

June 2011 Extra for Bollywood Movie Tezz
4 Student Films between January and April 2011 Including Blinded, The Tide, Unit 731 and tell Him Something Pretty
Role of Samuel Johnson (2007) in short film made for Johnson Birthplace by Lilac Media
Appearance in Performance Art piece Ripples(2009) as Nazi Guard
15 years experience (1996-2011) of performing Shakespeare plays; Roles include Macbeth, Lorenzo in the Merchant of Venice, Sebastian in Twelth Night, Dumaine the Younger in Alls Well and Baptista Minola in The Taming of the Shrew.
10 years experience (2001-2011) performing for Intimate Theatre. Major Roles in This England, Hollow Crown, A Pack of Lies, Under Milk Wood and Alan Bennet's Talking Heads
Five years experience 2006-2o11 working as tour guide and performer/entertainer for Walkabout Scotland.

I have worked in various guises and settings over the last two years since becoming a Working Actor. The mainstay of my employment has been at Drayton Manor Theme Park. Here I have played the role of the Thin Controller, Mr Percival, in Thomasland, Jack Frost and Cedric the Steward in a themed show called the Night Before Christmas. As well as performing up to five live shows a day, which include singing and dancing, I have participated in Character Breakfasts. I have also played Santa Claus in Drayton's Magical Christmas for an extended run of seven weeks.

30 years of amateur performance
10 years working with Intimate Theatre Company 2001-2011. Stage Productions including Pack of Lies, This England, The Hollow Crown,Design for Living, Under Milkwood.
Actor, Director of Lichfield Mysteries 1997 and 2009
Experimental Film maker
Shakespeare in the Park; Productions including Twelth Night, Alls Well That Ends Well. The Taming of the Shrew,Merchant of Venice and teh title role in Macbeth.
Appeared as Samuel Johnson in 2007 film by Lilac Media.
2011 appeared in 4 student short films.
Children's entertainer; House of Fraser In House Promotions as the Mad Hatter
Director of 'The Rhyme of Ancient Mariner' for Lichfield Youth Theatre (2002)
Writing, devising and directing TCAT's Talented and Gifted Summer School.

I possess an innate ability to promote learners health, safety, enjoyment and achievement. to direct learners to make a positive contribution to the community and to achieve economic well being. Personal characteristics I possess are:

To facilitate learning opportunities in a teaching situation for people irrespective of gender, age, ability, ethnic origin, social background, disability, religion or sexual orientation.
The ability to adopt a holistic approach through constructive liaison with students/ guardians/agencies in an effort to enable student empowerment and self advocacy
An enthusiasm and willingness to develop personal skills, knowledge and attitude
Responding under pressure to challenging situations
Organisation, planning and time management skills.
A commitment to the processes of inclusivity, widening participation and lifelong learning.

In 2011 I set up my own business Spiritual Pathways Ltd for the aim of using Drama for entertainment, education and business. I have also begun to shoot infomercials for training and artistic purposes. Check out my website at www.spiritualpathwaysltd.com.

I have been on Casting Now for a month and already have had several jobs and offers - Thank you!