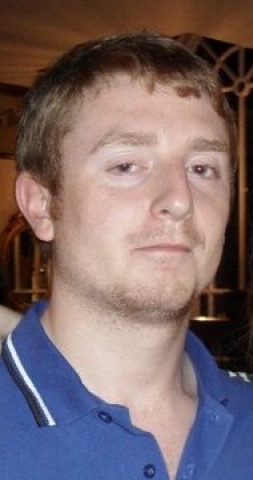 I am a confdent speaker; experienced in working with strangers, as a team or as an individual. I may have outspoken views and am always willing to give creative or helpful input if seen fit. I think of myself as someone who understands how to deal with types of people who have different temperaments or attitudes. I am socially outgoing and enjoy my personal time as much as my extrovert activities. I spend a lot of personal time philosophising, reflecting or trying to be creative with my thoughts at the time, such as writing fiction or song lyrics, although I am not one for creating music.
I am an academic in terms of being a history and politics geek, and I find advanced mathematics and sciences difficult to grasp. I am also rather hopeless at physical exercise, although I hope this can change when I put my mind to it. If I ever do that is...

I am a young male, with a long lasting passion for acting ever since I was introduced to Doctor Who at the age of 3. Having emulated what I saw on screen throughout those early years, growing older meant I took a far more professional interest in the world of acting and the media.
Having watched, and still watching, far too much television and film, I thoroughly enjoyed compulsory Drama classes from years 7-9 at Dartford Grammar School, where I continued Drama as a GCSE subject and gaining a final grade of A. During this time my interest and awareness of theatre grew, as well as studying of various playwrights such as Kafka and Brecht. We performed various Brechtian theatre performances and I wrote some comedy scripts which were used towards teaching a primary school about fast food and health. A lot of the acting performances were demanding, especially a third Act of a play which required just myself and one other actor in an intensely emotional scene lasting approximately 15 minutes. I enjoy these because they are a challenge and test my abilities as a perfomer without relying on many cast members to share stage time and focus from the audience, etc.
Improvisation techniques also were very enjoybale for me to experiment with, in case a live production went somewhat off script, or indeed to improvise mannerisms to my character.
I also have a some experience of writing for a production, directing a performance with a group and doing so as an individual or with a group.
I also watch a lot of regional television and practice the various UK accents, as well as European. I try to work out the subtle differences between accents such as Yorkshire, Lancashire and Manchester, as well as meeting people from these areas and understanding "rougher" and "posher" (or more refined) forms of one accent, such as the Mancunian areas.

The only presenting experience I have concerns presenting information during an acting performance to a primary school with the task of educating the children about the dangers of fast foods. However, I am a confidant and loud speaker in this regard and work well with people I have just met.

My hobbies include; reading literature (particularly the works of Edgar Allen Poe, H.P. Lovecraft, Stephen King and Frederick Forsyth), studying history and political events, lyric-writing and also I have begun to experiment with writing short fiction. I also include acting as a primary interest throughout my school years, although I havent been able to partake in any in recent times due to university/ financial issues. However, I see it as my primary motive for work and I am also interested in directing work as I was chosen throughout m to direct the stage work of our school groups for the exam performances.

Received some work in a new feature film which is destined to be big thanks to Casting Now. What more can I say. This site is working for me!