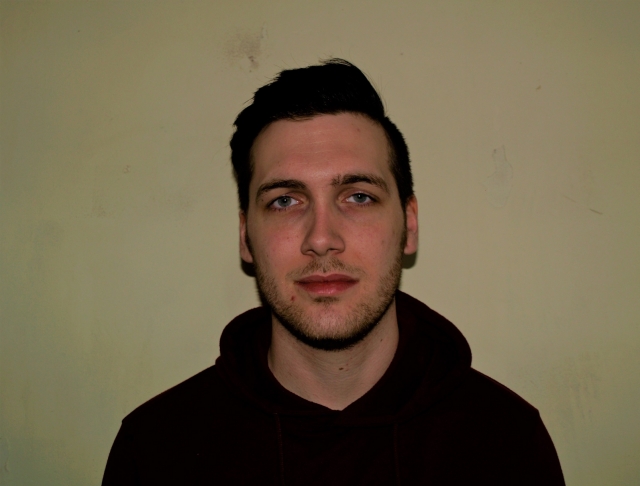 I am Ryan Cross, I am 25 years old and almost have my degree in acting performance. Ever since I was small I have loved to be an entertainer, whether it was playing music for my family on my old stratocaster or performing in school productions, subconsciously, I knew what I would aim for, before I even realised it.

I have staged a number of my own works, but only in small spaces with small audiences as I generally work with site specific. I have recently taken more of a shine to the film industry after having gained experience. In deciding to do so, I have been working mainly on student films (to build my show reel). I have done a student film quite recently, which lead me on to some archive footage film work, modelling and currently I am working on an experimental film with the same director.

I have only ever really presented live shows. For a number of years I was a promoter for local bands, I would set up relatively big charity events and then present them in between the acts.

I have done a number of modelling shoots as a musician, all promotional of course. However in recent months, I have began doing live action modelling for an Image Source Director. This is of course to a degree still acting, however it was no different to any promotional modelling shoots that I have worked on in the past.

I have been a singer my entire life, singing in musicals such as Grease and Dracula Spectacular as a teen. In my later teen years I joined up with a band as a vocalist and have since been the vocalist of three semi successful bands. I have toured the north of England and been invited all over the work as a member of my second band. I currently work with a producer and we now just create for fun, however maybe in the future, we shall make more music.

FDA Performing Arts 2:1 Student of the year (Kirklees College in partnership with Teeside University) 2017
BA Acting Performance (Due to graduate in September)

I spend all of my free time either with my two year old daughter, writing (Scripts, poetry or music) and playing music. I have also in the last year become a huge fitness enthusiast and so I enjoy working out and running.

-Tattooed (Two full sleeves, two small chest tattoos and one small back tattoo) happy to cover up with make up

I've been on this site for about a week now, and I've already got one audition and a modelling job confirmed, one more in the process. This website is very professional and a great way to help you...