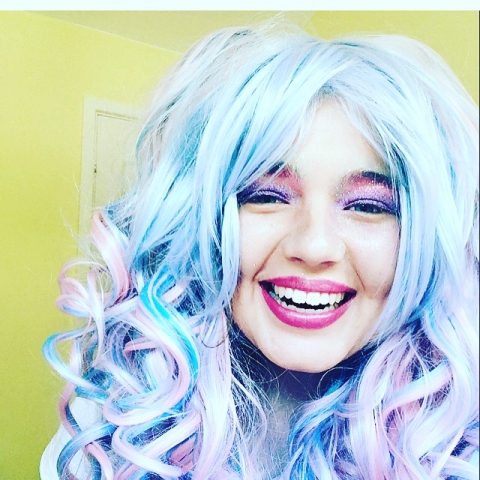 Hiya, I'm Megan! I'm a bubbly, outgoing and enthusiastic girl from the North East. I haven't been involved with performing from a young age like most, but in the past 4 years or so, since discovering my love for it, I have built up quite a strong network and performed in a number of shows from pantomimes, play and musicals, a string of student films, a short film made with the National Youth Film Academy and had my first professional job as an entertainer on the Polar Express! I am very adaptable, willing to give anything a go and love a challenge. My biggest aim for this year is to secure as many castings as I can whilst creating my own independent projects and hopefully screening/performing them at some local film/theatre festivals.

I have trained in acting, singing and dancing at the Pauline Quirke Academy of Performing Arts Tees Valley. I learnt how to combine both acting, singing and dance to perform pieces from Wicked, Billy Elliot and Frozen, among many others, and also took part in a Christmas Pantomime and played the part of Audrey 2 in our production of Little Shop of Horrors. In our Comedy and Drama classes, I learnt how to portray different emotions using the sensory memory technique, were you visit a memory from childhood to initiate the same response you felt at that specific time. We also played many improvisation games to help us be able to perform better on cue in a fun and creative way. In our Film and TV classes, I became familiar with working both in front of and behind the camera, with opportunities to write, direct, produce and perform in short drama pieces, such as news and weather presentations, silent film and devised drama, as well as helping out with filming and sound.
I have also participated in a week long theatre workshop with Northern Stage, Newcastle, where we put together a short play consisting of various acting, voice and movement techniques.
I have completed a 2 week intensive film-making course with the National Youth Film Academy where I acted in a 15 minute short film which was screened at Hackney Picturehouse.
I am currently employed as a Christmas performer on the Polar Express Train Ride - Weardale, for the second year in a row. This job is highly interactive and requires high levels of energy, improvisation and to be comfortable entertaining large groups of people alone or with one or two others.

Hello all, 1st shooting via Casting Now for an airline TV commercial on 26 November. Only been on here a short while :-}