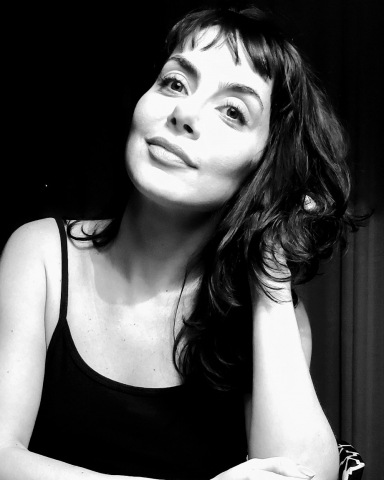 The award winning actress Lis Luciddi (LATCA 2019) was born in Brazil in 1982, and has been performing in the theater, television and cinema since 1997. In the theater, she played key roles in "Os Enamorados" directed by Antônio Fábio (2010), "Dracula" directed by Márcio Meirelles (2012), and "Apartment 1201" under the direction of Cristina Moura and Ana Paula Bouzas (2015). On the television, Lis played main roles in the Brazilian sitcom "Selva Corporativa", which was aired in (2009). Also, she made appearances on TV shows and soap operas produced by the two major television networks in Brazil, including Globo's TV Show "Ó Paí, ó" (2008) and Record's soap opera "Poder Paralelo" (2009). More recently (2017), she was selected among 200 actresses to be in the main cast of the comedy TV series "Insustentáveis", now releasing at TV Cultura, a national Brazilian TV channel. In the cinema, Lis played both small and major roles in several short films and feature films including "Rodavlas Ed Lavanrac" directed by Giovani Almeida (2008), "Qualquer Gato Vira-Lata 2" by the acclaimed director Roberto Santucci, who played her husband (2014), "Loop" directed by Bruno Bini (2018), "O Homem Cordial" directed by Iberê Carvalho (2018), "O Anel de Eva" directed by Duflair Barradas (2019) and "Jewel Thieves" directed by Brian Nesbit (Colorado-USA 2019). Furthermore, Lis has been acting in television commercials and institutional films since 2004. She was the main presenter in the official live broadcast of the 2013 Carnival in Salvador (Bahia). In addition to acting, Lis sings, dances and plays the piano. Being fluent in English and Portuguese, Lis is an experienced actress and presenter capable of performing roles in both languages.

Delighted to report in new feature film currently in production MEET THE CADAVERS filming over six weeks and having a ball. Am both in it as a character and also on the production team very pleasing.