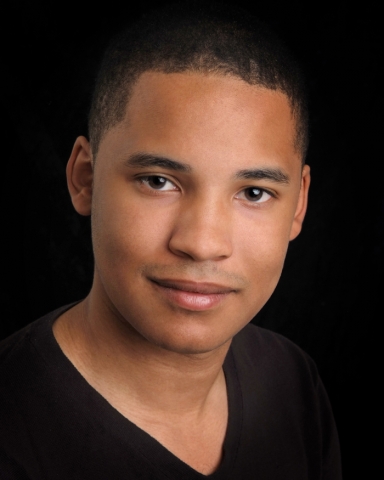 My belief from a young age was that I was going to be a sporting field. Whether that I was going to become; a Footballer, a Cricketer; an Athlete or even Sport Psychologist. Never did I believe that Acting would be my passion. I'm energetic, competitive and determined to further myself in not only the acting field but any work I take. If you want to achieve some really big and interesting goals, you have to learn to fall in love with hard work and anything sort of one hundred percent effort in any challenge is not worth the anyones time. The cliche line 'I have to dream to become an actor' in this case is factual, and I will make sure that my name is headlining events in the near future or at least written in the stars.

Acting provides the fulfillment of never being fulfilled. You're never as good as you'd like to be. So there's always something to hope for. My ambition is to emulate or even better my role model Will Smith. I see Will Smith as the World's best most modern all-round actor. By this he can play a multitude of roles in which we see the both a character , whether its comedic or serious and yet still see Will Smith's characteristics shine through, therefore we can relate to whatever ever character he plays because we discover more the character he is playing through how much Will Smith reveals about himself. The more I act, the more I reveal and the more attuned I become with a character. This is challenge of acting, the challenge the thrive upon and enjoy, to better myself as performer and a person. Will Smith has proved to the world that an actor can succeed in a more than genre and I will shall do the same.

The opportunity to work on the both stage and television at any given occasion is something that I dream about since acting became my life. The stage provides the live atmosphere of the audience, the opportunity to portray my performing skills in front of people night after night. Television requires a different skill, acting more naturally providing the same entertainment for the viewing public. I dream to professionalize in both theatre and television and for the want to challenge my abilities at the top places of the acting field.

For the Worcestershire Arts Festival 2009, The Children's play to be directed for that year was called 'Pippi' based on the recognized child's character Pippi Longstocking. Within this play... I played the role of Tommy, the naive boy who lived next door with his sister Annika. This was performed six times over two days to six different primary schools that attended the University of Worcester. The role required me to be comical and interactive with the children audience while also engage in some physical movement, such as rolls and cartwheels with a hand in a cast (broken thumb). In terms of set design, I worked mainly with the painting of the set and the minor props involved in the play.

My role was the Himpies:- the son of the lady of the garden. Through the rehearsal period we had to devise material using the text as our a stimulus along side white stone and gravel. The performance involved using our own initiative, instincts and performative skills to develop material that could be incorporated into to the scripted piece. The performance ended up becoming a physical/naturalistic piece and was performed on gravel and white stones in the Pegasus Theatre, Oxfordshire.

Review:-
Dance/theatre exploring the intimacy of reading aloud and being read to.

An imaginatively staged production, The Ten Thousand Things, launched new Oxfordshire-based dance/theatre company Wrong Pearls at Pegasus Theatre Oxford. Inspired by the novel, The Ten Thousand Things by Maria Dermout, the production set out to explore the intimacy of reading aloud and being read to. This it did by unravelling a haunting story that spoke of the cosmos, the allure of the sea and of memory, of the living and the dead, through a poetic narrative read aloud by the six cast members. The story was passed between them as they constantly shifted roles, moving between character and storyteller, at times reading to the audience, sometimes to each other.

As visual as it was performative, the work used the stage as picture plane and through the movement of objects and performers a series of strong images were drawn and then erased in a tableau vivante that worked as illustration to the driving narrative. A thousand white stones set the mood of the piece as they rumbled down a metal gangway and poured onto the stage to create a field amongst which the performers could move. They did so sensitively and thoughtfully, sometimes dancing alone or in poignant couplings, at others forcefully moving the stones and gravel across the stage with body or brush to create a dynamic soundtrack to the work. This was one of the strongest voices in a complex work that was a chorus of many voices, from the novelist to the actor-dancers, to the directors Jane George and Lizie Giraudeau for whom this is a first outing with this youthful company.

The production is proposed as a work in progress and generously the audience were offered notebooks to give direct feedback to the company on the night. I saw that a number of them were scribbling away so presumably their voices too will be added to the chorus. If the company are to really use the audience feedback then perhaps we will be invited to see what they have done with it as the work evolves. That is all well and good and has its place, but this is not a student production, it is an already well-crafted work that announces the arrival of an original and inventive new company to the regional audience. They know more than perhaps they think they do and must confidently make the decision themselves to say it is done, it is ready. Ready or not, a delightfully dreamlike aura was created by this talented young cast as they wove beautiful visual and aural images for the audience in a ways that were at times moving, at others playful, but always skilful in their presentation. Everything felt right with the Wrong Pearls, it is a terrific beginning and I look forward to watching them work again.

Skiing is a passion of my mine. France and Austria are the only two countries that I've skied in up to date however I hope to add on to this in the future. A place I've always wanted to ski is most definitely Italy. The combination of 'fun on the snow' and good food I find too good of opportunity to let fly by.

The 33rd Boys Brigade Company is an experience that I hold close to me. Starting from the age of five in anchor boys through all the ranks leaving at the age of eighteen in senior section, The boys brigade provided me with disciple, industrial and leadership skills that wouldn't have been obtained with the aid of the company. I've achieved the highest award the 'Queen Badge' back in 2005 after completing a 3 day course at the BB headquarters and completing over 200 hours of volunteer work through the year, while also completing one year of volunteer work as a Boys brigade leader before leaving for university.

Just completed the shoots for two short films for students' second year projects. Was such a wonderful experience, allowing me to learn more about acting on-screen. Thanks to CastingNow for the...