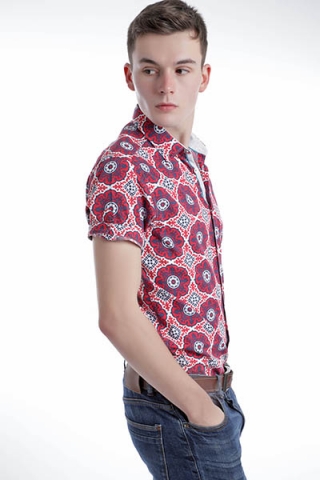 I'm wanting to push my Modeling, Music and Acting, I am confident in myself and with being in front of an audience due to my experience playing in bands and on my own at venues, like Harrogate Royal Hall and Fibbers in York. After coming out of secondary school doing mainly music and acting productions I attended college in York to study music performance where I learned to pick up things quickly and follow directions, this has made me professional when working with others.

Over my 7 years of experience I have performed in Harrogate royal hall multiple times and Fibbers in York all before i was 15 due to me being in a band with much more professional musicians since i only sung in that band. During my college years i played all around York multiple time a month with college and without exploring different music genres which i really enjoyed if i wanted to do anything with my future it would be music. I am a fully capable and confident guitars always eager to learn new and interesting songs and since i have always sung i find it easiest to learn vocals of any song

I am used to large crowds due to my 7 years experience playing in multiple bands, in places like Harrogate and York; on my own at smaller venues like open mic nights. I studied music performance for two years at Access to Music in York which helped me develop my Interpersonal skills more and my style, also boosting my stage confidence even more. I have wanted to get into modeling for a while and believe my performance and people skills will really help me stand out in the Industry.

I have great interpersonal skills due to my years of performance and having to speak to large crowds, also having to stick to scripts and always be 100% with my performances has taught me disciple and to be punctual, prepared and most of all professional.

I have played guitar for 4 years. I have learnt off the many people I have met within the Industry and I am now teaching myself. I am a confident guitarist; picking up songs and creating my own songs with many different Influences and striving to become better every time I pick up my guitar. Since I was a child I have been singing and still sing to this day. Being in a college band when I was 11 till the age of 15 playing mostly punk but now I sing almost anything since my taste of music has broadened massively since then. I have a great Interest in filmography, I love the way camera positions and frame by frame you can really change a whole scene, I have always read about it and watched videos on the dialog and the meanings of certain scenes in films.