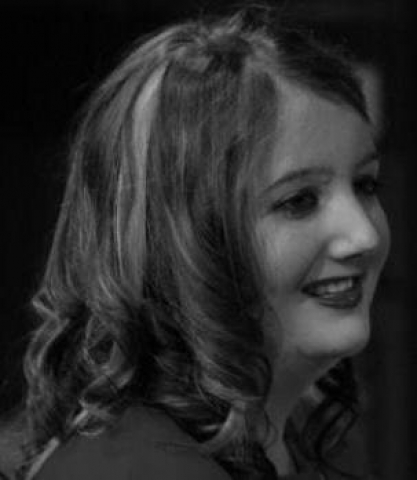 Hi there, I'm Emma, 24 from Wilmslow, Cheshire and I've appeared in public in Amateur Theatre since I was 14, also performing in School Productions, as well as local Musical Festivals and Choirs. I love films, seeing friends, and obviously singing and acting! I love meeting new people which is why I love acting so much. Nothing gives me more joy than being thrown into a cast of strangers who gradually become family over the next few weeks and forging lifeling friendships.

I have grade 5 singing from the Associated Board of the Royal Schools of Music, and recently came 2nd at the Alderley Edge Festival Vocal Recital Class for Over 18s.

Oliver! (twice- Mrs Bedwin & Strawberry Seller- u/s Nancy), Bugsy Malone (Angelo), Copacabana, Barnum, Crazy for You, West Side Story - (twice -Chorus, Consuela), The Wizard of Oz and Annie Get Your Gun as well as numerous showcase events, including Showcase 2008 (Les Miserables) & shows at The Lowry Lyric Theatre in Manchester and The Opera House in Manchester where we performed sections from Les Miserables, Wicked, Rent, Jekyll & Hyde, Spamalot, Hairspray and Joseph.

In May I was in Anything Goes with The East Cheshires, and played Pauline in Andy Capp with Salford Musical Theatre Company.

I was in Showcase 2009 at The Lowry Lyric Theatre, Manchester in Sections with SMTC (Mary Poppins - Soloist - Mrs Corry) and All Saints Productions (Jesus Christ Superstar). I will also be in My Fair Lady in November and Carousel at The Lowry with SMTC, Manchester next May as well as Beauty & The Beast at the RNCM next May with The East Cheshires.

In terms of straight plays I've played Jackie in Noel Coward's Hay Fever, Alice in Alan Ayckbourn's Snake in the Grass, and Dee Dee in Nobody's Fool by Simon Williams.

I have also just been cast for upcoming productions as Charlotte Lucas in Jane Austen's Pride & Prejudice & the lead role of Mary in Be My Baby by Amanda Whittington at Heald Green.

I was chosen to play the Strawberry Seller in Oliver! by professional Director Nikolai Foster in 2005

BSc (Hons) Animal Behaviour & Welfare. FDSc Welfare of Animals (Nursing). 3 A Levels, 4 AS Levels and 10 GCSEs including Maths and English.

Languages:- I speak French and German

As above I am heavily involved in Amateur Theatre but I now wish to pursue this as a career. My previous parts and experience are outlined above.

I love films and my other love is animals, I have two cats.

I haven't been with Casting Now for long but I have already done a student film and had 141 views. I am so thankful for Casting Now and I'm so happy that I decided to start using it - best decision...