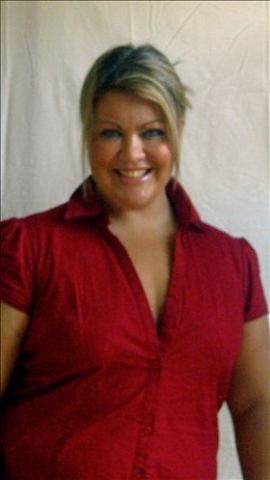 Playing age of mid 20's. Most people I meet say I look 25 tops. I think is my Scandinavian genetics, which works great to play younger parts. then I can dress it up a bit and look early 30's. I always say.. live life to its fullest! As we only have one life so we should make the most of it each day! I am starting some acting classes to get a better base. I've loved drama since I was a kid and although I have not professionally attended drama school, I believe life itself and all situations I have been put into have helped me get some skills useful in this industry. I take direction well and I am eager to get a lot of work done! For over a year I worked at Portrait Place taking photos of a mixture of people from 3 week old babies, to groups and corporate photos. I don't mind being a runner and part of a film crew to also learn how things work. I believe that even though my main focus is acting, learning how everything works behind the scenes is also important.

Master Presenter for WaterRower at the LIW NIC in Birmingham (2003)

Trained at Danceworks for a few years, got qualified at the YMCA as an aerobics instructor and did some presenting for a couple of fitness conventions

I also collaborated on the "Hip Hop Workout 2" dvd by Banana Splitz productions. My name is on the credits as I was the choreographers assistant( I used to dance and teach cover classes at Danceworks)

Background supporting artist ( passenger ) for Derren Brown:Hero at 30000 feet for Channel 4 ( 2010 ). ( Hidden Camera's involved)( Name on the credits on the channel 4 website)

I am now taking some classes with City Academy to get more acting knowledge to be able to get bigger roles.

I have been with Casting Now for a few weeks and have been shortlisted for a fair few jobs already including game shows, commercials etc.