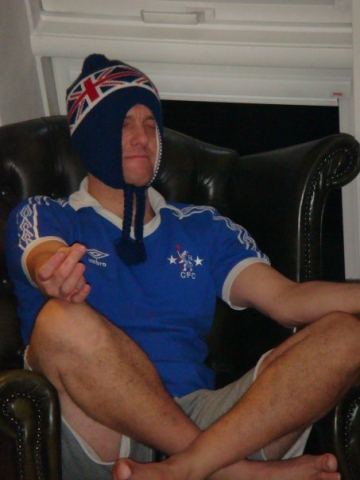 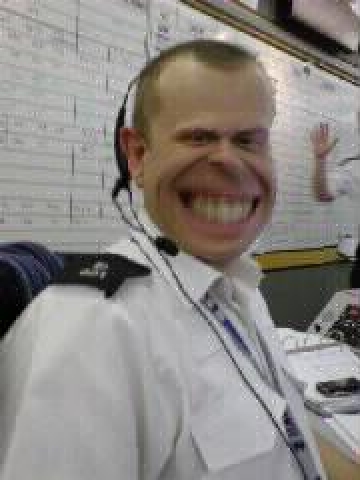 I am 44yrs old, but look younger. Keen on fitness, and love my sport. I enjoy being the centre of attention and making people laugh. I work hard in everything i do, and put 100% effort. I am a family man with 2 small children and a 17yr daughter.
I'm currently employed full time as a police officer at Heathrow, hard work but can be good fun.
I have a lovely wife of 10 years, aas we got married in las vegas, with Elivis in tow.

I am very keen to work in film and television, like most people, and like most people i have been told that i should be on the stage.
I love my life and look forward to every new advenure, both at home and at work

I have had some experience with regards to acting and presenting. I have worked in am/dram and currently work for skysports on on thier Fanzone commentary for susper sunday football, as and when Chelsea play live on the tele.
I have performed in productions of 'Oliver', where i played Fagan, and Piretes of Penzance, where I played the Pirete king.
I have also worked on some productions in my local playhouse. I auditioned back in the 1980's for voices on spitting image, however I never got recalled. I have done a voiceover for maxwell house, again back in the late 80's . but this was unpaid.

iI have had no formal training or qualifications in acting or presenting.

Love my sport and football in particular. Keeping fit and keeping other fit i also enjoy.

I take part in my local am/dram playhouse, and also take the mic,as a VOICEOVER For my daughter's Irish dancing school, to introduce them when they go on tour etc..

After deciding to take a break from acting a few years ago I got the bug for it again. I registered with Casting now 4 weeks ago and have already starred in 2 short films. Both projects were great...