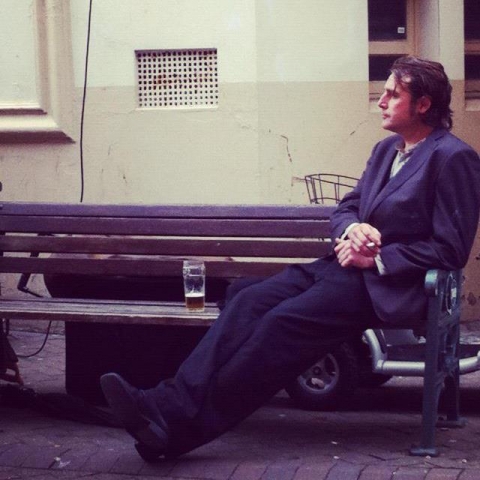 i am very self motivated, the kind of person thats gives his all when needed . i enjoy reading , cycling ,running and also social drinking i think is a must . i work hard and like to relax i am also found on facebook .

I was in a music video which was filmed and directed , i played the main role as it was for one of my songs . we had a model on set who played my girlfriend in the shoot . we had to have an arguement , pushing each other about etc. then various outside shots of me walking through a park , high street and down a large flight of stairs . then filming me and my band playing the gig. then at the end, my untimely death. i also did an american voice for a cgi anime film where i played the space pilot landing on the moon. it was a trailer showreel with some friends of mine at university . i had some experience singing in front of camera for a tv program , also was asked to say a few lines to the camera by the crew that were on set . i have experience working with a channel 4 tv presenter assisting him with a new tv show he was working on .

for several years i have written songs , guitar riffs and played in bands . have played festivals venues clubs and pubs around kent and london . and have done so proffessionally . i have recorded various cds and sold them along with t shirts and merchandise at concerts and some independant music shops . a few years ago my band came secound in a final of battle of the bands competition . we played in front of approx 500 people and had one track put on a compilation cd which was put in shops for a charity of the judges choice . i have recently been playing acoustic solo songs that i have written.

whilst in a rock band i have been in music videos , some magezines and newspapers. i also did an interview on a local radio station which was interesting . i am good at taking direction and comfortable in front of the camera , wether in the background or closer to main shoot.

have written songs, sang and played guitar in a rock band for several years. also acted in some music videos which were directed and filmed in a proffessional atmosphere. i recently worked on a tv prog with mary portas and chaz from chaz and dave with others , i sang with a band which will be airing on tv in a few months . have had plenty of expireance in front of the camera . i have also played a speaking role in a cgi animated film trailer where i was an american space pilot landing on mars . was called destination mars.

have had acting lessons with a friend of mine , john clark. he is a well known shakespearian actor and i have learnt a great deal from him. other than this i have had plenty of general experience.

also have a dry sense of humor which seems to make most people laugh . i also love to perform. i also have a facebook page that i can also be contacted on.

Thanks to 'Casting Now' I have just completed an episode in a new series for C4. From my audition, through the several days actual filming the production company were totally professional and I...