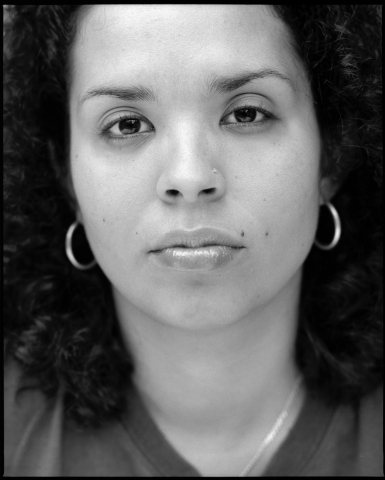 Born to a Trinidadian mother and British father, Caroline is performer and media worker who was born and raised in Trinidad & Tobago, and has worked, studied and performed in Trinidad, the United States, and Great Britain since childhood.

She is an honours degree graduate in Performance Studies from Williams College in Massachusetts, and winner of a Commonwealth Scholarship; Hutchinson Fellowship for Theatre; and Trinidad & Tobago National Scholarship for Languages.

Caroline studied performance (voice, dance and experimental theatre) at the Trinity/La MaMa Experimental Theatre Companyâ€™s (E.T.C.) and acting for theatre, film and television at the Lee Strasberg Film & Theatre Institute, both in New York City (USA). She is currently on a Commonwealth Scholarship studying for her Master of Arts degree in Drama & Performance Making at the University of London, Goldsmiths.

Her acting and performance work ranges from (western) classical Greek tragedies to contemporary tragi-comedies and Caribbean folk musicals, while her inter-disciplinary solo show, Pack Light, debuted at the New York International Fringe Festival in 2006. As a vocalist, she sings and trains with Orisha singer/songwriter Ella Andall and the Marionettes Chorale when she is at home in Trinidad, and has sung in the chorus for CDs by both. She also has appeared in print and television commercials, and has voiced several radio advertisements that have aired both in Trinidad & Tobago and internationally.

Thank you Casting Now I have done 3 episodes for Discovery/Military Channel, CIA Declassified to be aired coast to coast in USA then over in UK sometime in the autumn. More work follows :-}}