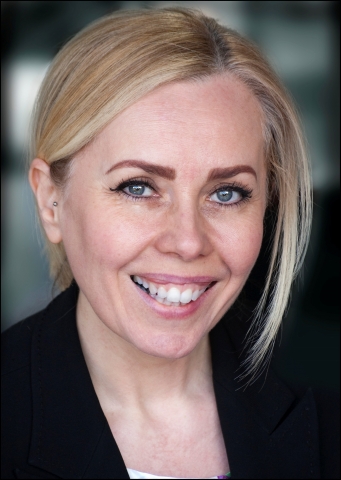 I'm just a chilled girl who loves to act, I love being in a social environment. I'm hardworking, intuitive and loyal. Love to spend time watching plays/films/musical theatre. I love cocktails, friends hanging with my niece and nephews. Was a foster mum for a while which I loved. Had a lot of life experiences and have seemingly lost a number of very close friends and family in many different ways all of which were difficult to handle but make you stronger. Very independent and happy with my lot as long as I am performing.

Acting:
Prime suspect 2 as an extra
4 x Coronation street as an extra/singer
Recently finished a film with actress/presenter Sherrie Hewson
Theatre show at the Lowry in March this year with MSC
Don't Stop Believing show at the Palace in July with MSC
Christmas production at the RNCM with Jon Cristos 19.12.09
Bernard Matthews turkey drumer advert.
Worked for Pontins as a singer/entertainer and presented the morning TV shows aroun the campsite.
Various amateur productions, play and musicals.
Singing:
Lead singer and bass player in a couple of bands, toured the UK and undertook several gigs in USA and Amsterdam.

2011, Musical, Nun, Back in the Habit, JP Productions, Daniel Wood

Joined a couple of weeks ago and have already had several people interested in casting me. Looking forward to taking the lead role in a student film later this week.